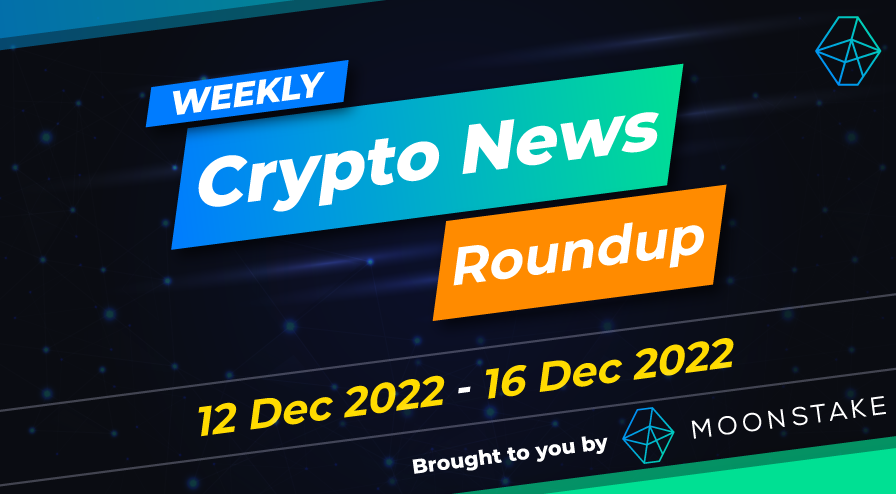 Welcome to this week’s article on the most relevant crypto news. Keeping up with the latest industry news is key to making strategic moves with your crypto assets. With this new article series, we hope to help users catch all the important information conveniently. For this edition, we will be covering all the market news you need to know in the week of 12th – 16th December 2022 including news about on-going Digital Assets vs Inflation, GBTC discount, FTX follow-up and other major industry and adoption news. Let’s dive in!

The US Securities and Exchange Commission (SEC) has denied claims that its rejection of Grayscale Investments’ application to turn its Grayscale Bitcoin Trust (GBTC) into a spot bitcoin exchange-traded fund (ETF) was arbitrary and discriminatory. Grayscale filed a lawsuit against the SEC on 29 June, the same day that the regulator rejected its application.

The regulator’s first response since the lawsuit was filed, it reiterated that its reasons for denying Grayscale’s application were in line with its earlier decision to reject other applications for spot bitcoin ETFs.

In its lawsuit, Grayscale argued that the SEC’s approval of several bitcoin futures ETFs meant that its rejection of its application violated the Administrative Procedure Act. However, the regulator argued that the two types of instrument were not the same, and that futures ETFs are only tradable on the Chicago Mercantile Exchange, which is overseen by federal regulators and performs “extensive surveillance of the trading activity on its market.”

The US consumer price index (CPI) slowed more than expected in November, with a rise of 0.1% from the previous month, compared with an increase of 0.4% in October, according to the US Labor Department. The annual CPI rose 7.1%, down from a predicted 7.3%. The slowdown has boosted prices for cryptocurrencies, such as Bitcoin, as it may give the Federal Reserve more justification to pause on interest-rate hikes.

Bitcoin rose 1.6% immediately after the report was released, while Ether was up 6.9% over 24 hours. Tight monetary policy can lower prices of assets, including stocks and cryptocurrencies. The Federal Open Market Committee is meeting this week to decide on interest rates.

FTX Founder Formally Charged with Conspiracy and Fraud in US Court

Sam Bankman-Fried, the founder of crypto exchange FTX, has been arrested in the Bahamas and faces extradition to the US on a range of charges including wire fraud, conspiracy to commit money laundering and campaign finance violations. The US Department of Justice has also sought to have Bankman-Fried forfeit any assets derived from the alleged crimes.

In addition to the criminal charges, the US Securities and Exchange Commission and the Commodities Future Trading Commission have filed their own charges against the former CEO of FTX. The indictment alleges that Bankman-Fried “agreed with others to defraud customers of FTX.com by misappropriating those customers’ deposits and using those deposits to pay expenses and debts of Alameda Research, Bankman-Fried’s proprietary crypto hedge fund, and to make investments.”

With the recent collapse of the FTX, the debate of self-custody has once again taken the spotlight. Moonstake offers non-custodial staking services for our users so never have to worry about the safety of your funds. Currently we offer staking for 18 PoS (Proof-of-Stake) coins and many more to come. Download the Moonstake Wallet today on Web or Mobile and get staking today!

The Grayscale Bitcoin Trust (GBTC) has hit a record-high discount rate relative to bitcoin (BTC), pushing past 50% for the first time. This follows the U.S. Securities and Exchange Commission’s decision to deny an application to convert the world’s largest bitcoin fund into an exchange-traded fund (ETF).

Crypto analysts believe that if the conversion went ahead, the discount would likely close as the redemption process available for ETF market makers would likely cause the shares to trade back toward the price of the underlying bitcoin. GBTC, which is managed by Grayscale Investments, was designed to let investors in traditional markets gain exposure to bitcoin.

The fund currently has around $10.7 billion of assets under management, but this figure has fallen 65% over the past 12 months due to this year’s steep decline in crypto prices. The fund is trading at a discount partly because investors have no way to redeem their holdings in exchange for bitcoin in the trust, but are still being charged a 2% fee.

Fears have recently surfaced that crypto trading firm Genesis Global Trading, which is owned by Grayscale’s parent company Digital Currency Group, might file for bankruptcy. Grayscale claims that it is operating as usual, but analysts and Twitter posters have suggested that any financial issues for DCG could affect GBTC. Hedge fund Fir Tree is currently suing Grayscale to obtain details about GBTC in order to investigate potential mismanagement and conflicts of interest, and has called for Grayscale to resume redemptions and cut its 2% fees for the trust.

Binance CEO Changpeng “CZ” Zhao has welcomed a “stress test” on the world’s largest cryptocurrency exchange by trading volume, which saw withdrawals of USDC temporarily suspended on Tuesday. CZ said it was “business as usual” for Binance, which had net withdrawals on some days and net deposits on others.

The temporary halt in USDC withdrawals had sparked speculation that Binance’s USDC reserves were depleted, while others said the exchange had paused the service to wait for new supplies. Net outflows on Binance reached $2.5bn at one point on Tuesday, according to blockchain data intelligence platform Nansen.

U.S. Senators Elizabeth Warren and Roger Marshall have introduced a bill aimed at preventing money laundering and financing of terrorists and rogue nations through cryptocurrency. If passed, the Digital Asset Anti-Money Laundering Act would impose know-your-customer (KYC) rules on crypto participants such as wallet providers and miners, and prohibit financial institutions from conducting transactions with digital asset mixers. Digital asset mixers are tools designed to obscure the origin of funds. The act would also allow the Financial Crimes Enforcement Network (FinCEN) to implement a proposed rule requiring institutions to report certain transactions involving unhosted wallets, which are wallets that are completely controlled by the user rather than a third party like an exchange. There are ongoing concerns about the use of cryptocurrency for money laundering and terrorist financing, and this bill aims to address these issues through greater regulation of the digital asset industry.

PayPal and MetaMask Wallet have announced that they will integrate their buy, sell and hold cryptocurrency services in an effort to expand users’ options for transferring digital assets between their platforms. The partnership between PayPal and MetaMask developer ConsenSys will allow users to select their PayPal accounts as a payment option to buy ether (ETH) from within the MetaMask app, enabling seamless purchases and transfers of ether from PayPal to MetaMask. The offering is intended to help bring more users into the Web3 ecosystem at a time when the sector is seeking ways to move forward during the current “crypto winter.” The new offering will initially be available to select U.S. customers, with PayPal planning to roll it out to the rest of its U.S. customers over the coming weeks. This follows PayPal’s efforts in June to enable cryptocurrency transfers between its own platform and several popular cryptocurrency exchanges. The company launched its buy, sell and hold cryptocurrency service in October 2020. 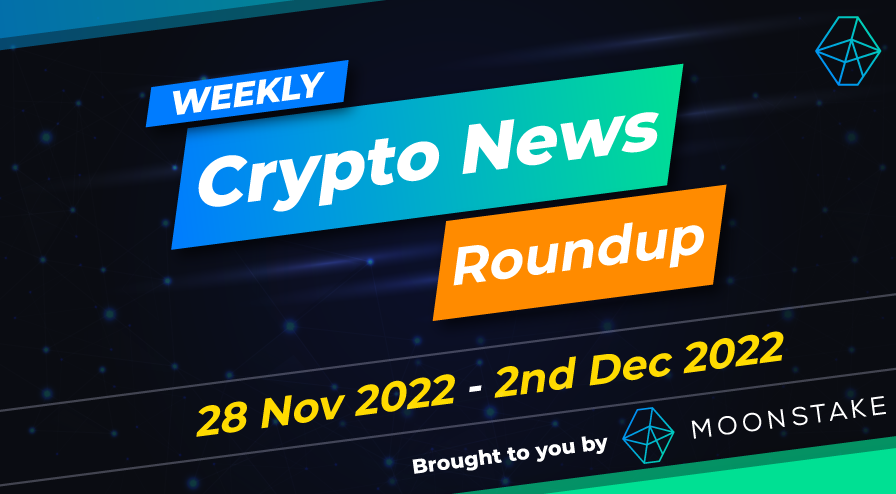 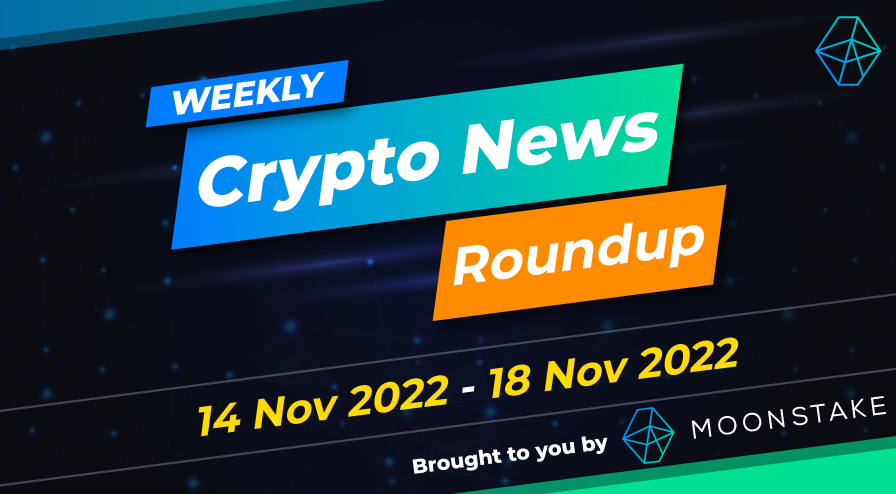