Moonstake Welcomes Pundi X as a Part of Global Ecosystem 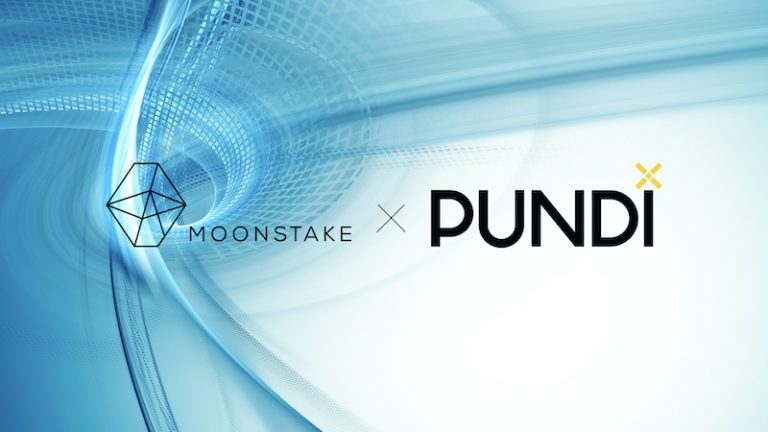 Moonstake and Binarystar entered into a strategic partnership with Pundi X, a Singapore leading developer of blockchain-powered devices and services to grow and enhance both organizations’ ability to deliver world-class services to ecosystem communities in Asia.

Moonstake was recently established to develop a staking pool protocol to satisfy increasing demands in regional and global blockchain markets. Moonstake provides business services through partners and companies. Recently Moonstake launched Moonstake Web Wallet, enabling full staking functions and to be an all-in-one gateway for users to maximize usage and potentials of cryptocurrency.

Pundi X is a leading developer of blockchain-powered devices and services, including the world’s first POS (point-of-sale) solution, the XPOS, which enables merchants and consumers to do transactions on the blockchain in physical stores. XPOS has successfully received  CE (Conformité Européenne) , FCC, KC, Japan’s MIC, UAE’s TRA certification. It has been shipped to over 30 countries including Argentina, Australia, Brazil, Colombia, Korea, France, Switzerland, South Africa, Taiwan, the USA, Uganda, Venezuela and more.

Pundi X keeps innovating the ways to harness the power of blockchain technology to facilitate financial inclusion and they make digital currencies to be more accessible to more people across the borders and further increase the value of digital currencies for all. We believe the joining of Pundi X will create a new era of a decentralized world to improve.

We are excited to partner Pundi X, together with Binarystar. With a clear shift towards proof-of-stake consensus, we are bringing our world-leading staking technology to the world of digital payments and transactions. Pundi X has proven that they have the best expertise in blockchain-based payments with their XPOS technology and the partnership will improve accessibility to staking services for the community.

We are happy to collaborate with Moonstake as a strategic partner. Also, we are excited to have Moonstake’s partner Binarystar to join the XPOS family. We will work together to bring world-leading, blockchain-based XPOS technology together with staking technologies and maximizing the synergy of the transparency and efficiency of blockchain businesses.

Moonstake Pte Limited is a Singapore-based technology company with a specific focus on blockchain and staking technologies. Moonstake has been established with a group of highly reputed blockchain authorities including a founder of CTIA and C-level members of globally known projects. It develops various staking products for both B2B and B2C customers and has partnered with major players in Singapore, Vietnam, and Japan.

Based in Singapore, Pundi X specializes in future-proofing businesses by enabling digital payments and transactions. Their point-of-sale system, the XPOS, is set to deploy for use in over 30 countries and lets merchants and consumers transact on the blockchain in physical stores. Pundi X has also developed Function X, a next-generation, decentralized internet service framework and Blok On Blok, the world’s first fully-functional blockchain phone.

Binarystar Co. Ltd. is a leading Japanese incubation platform with Japan’s biggest Blockchain business hub in the heart of Tokyo. It has multiple proprietary outlets to promote blockchain businesses to companies throughout Japan and East Asia and operate as a consulting body to accelerate business in such areas.