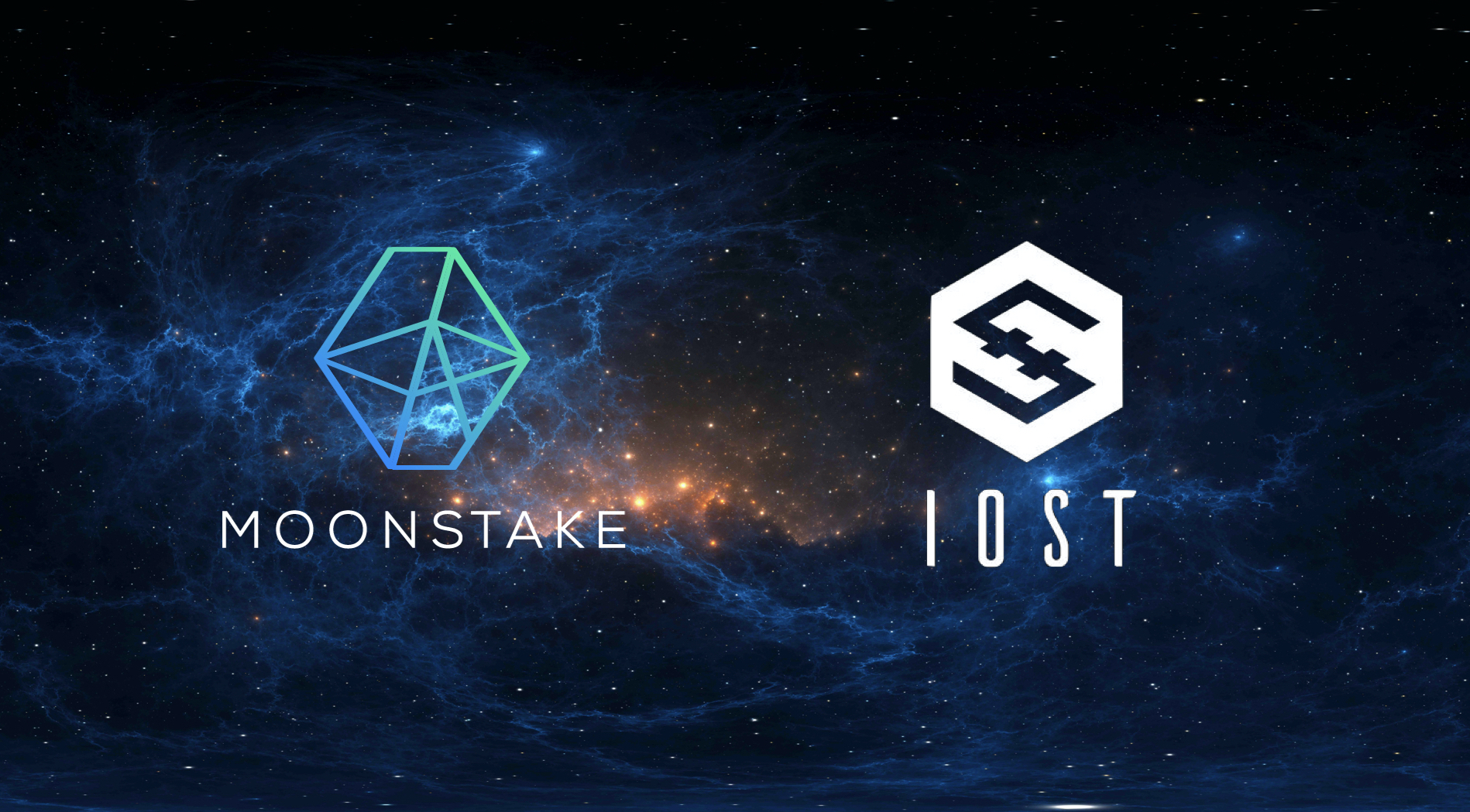 Today, Moonstake announces it has formally joined an alliance with the IOST blockchain. Through this partnership, Moonstake will collaborate with the IOST development team to enable staking functionality for IOST coin on our wallets.

Moonstake started in the staking business last year with the aim to create the largest staking network in Asia. Since then, Moonstake has developed the most user-friendly wallets for both Web Wallet and Mobile Wallet (iOS / Android) that are compatible with over 2000 cryptocurrencies. After a full-scale operation launched in August 2020, Moonstake’s total staking assets now sit at over $900 million and the Moonstake platform is now one of the top 10 largest staking service providers globally in just one year. The Moonstake’s staking community can easily earn staking rewards from all the high-demand PoS coins on the market including Cosmos, IRIS, Ontology, Harmony, Tezos, Cardano, Qtum, Polkadot, Quras, Centrality, Orbs, and soon, IOST.

With seasoned development teams and robust enterprise partnership networks across the globe, the collaboration between Moonstake and IOST promises to bring about a satisfactory staking experience for IOST holders on Moonstake Wallet.

“We’re excited to partner with IOST, an esteemed leading blockchain platform, to enable the IOST staking for token holders on Moonstake Wallet. The demand for IOST staking has been on the rise on the market recently following the many great strategic achievements of the IOST network and we can’t wait to bring this much-requested feature to our users. Moonstake also looks forward to potential deeper collaboration opportunities in different fields of decentralized technology with the innovative experts at IOST.”

“We’re pleased to collaborate with Moonstake, one of the world’s top 10 largest staking providers with user-friendly, secure, and highly powerful staking wallets. IOST is always looking to partner with reputable projects and so far, we are very much impressed with the market position Moonstake has achieved in just one year since launch. We look forward to increased adoption of IOST staking and the IOST network following the launch of IOST staking on Moonstake Wallet as well as further collaboration opportunities with the Moonstake team.”

With a full-scale operation launched in August 2020, we expanded our business and as of now, our total staking assets exceeded over USD 900 Million.

Supported by Sequoia, Matrix, ZhenFund, and other major investors, IOST is an enterprise-level blockchain platform developed for online service providers.

The IOST project team is currently mainly composed of R&D personnel focusing on blockchain distributed technology. The team is formed by experienced blockchain industry experts who have graduated from world top universities such as Princeton, Stanford, MIT, Tsinghua University, and Beijing University.

With a two-year-old mainnet, IOST has swiftly risen to become a world-leading public chain renowned for its numerous government collaborations and enterprise partnerships around the world. IOST is one of the Big Four public chains with a rich user base and real applicability alongside Ethereum, EOS, and TRON. 500,000 community members, over 20 countries worldwide, over 400 nodes, top staking economy, and growing.