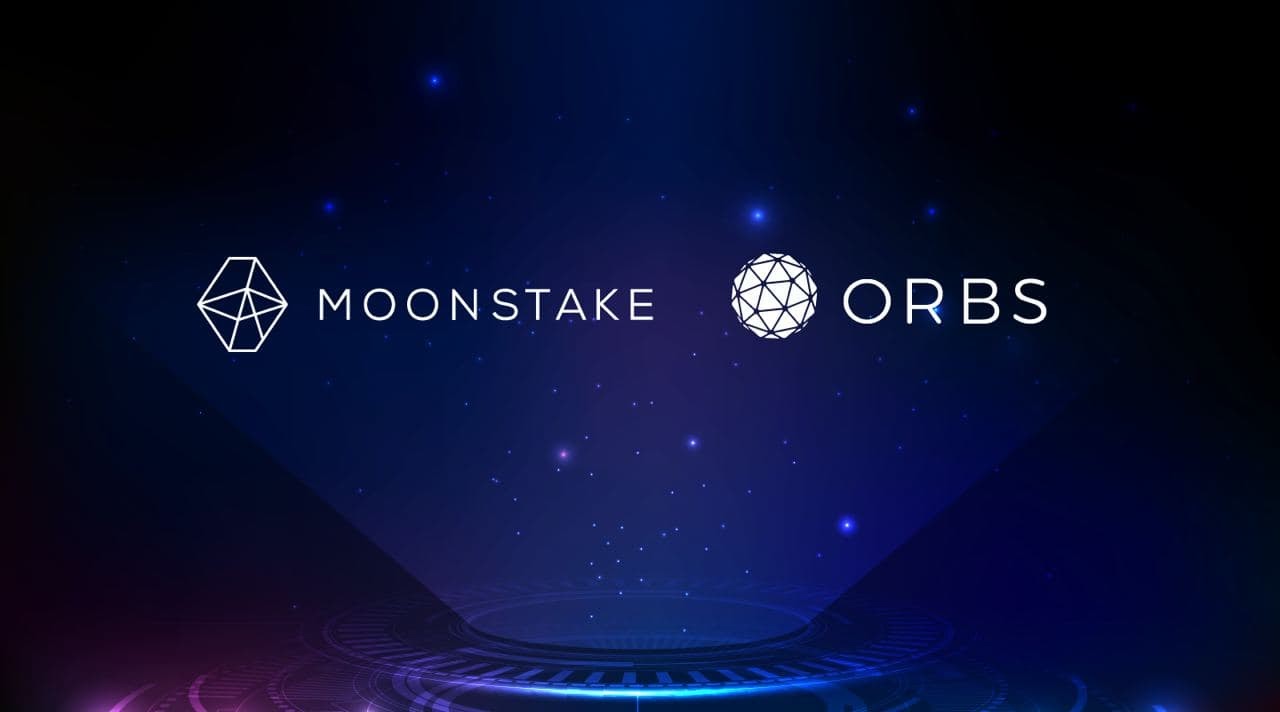 Moonstake announces today that it has signed an MOU with Orbs, a hybrid blockchain infrastructure with enterprise-grade scale, security, and support.

Through this collaboration, Moonstake will soon support the staking of ORBS, Orbs’ official token, on Moonstake Wallet, as well as participate further in the Orbs blockchain ecosystem. The two parties will also host community building programs, research, training, events, and conferences with the goal to increase awareness and adoption of Blockchain and Distributed Ledger Technology in the Banking and Finance Industry. Moonstake and Orbs will discuss further potential provision of consulting services to financial institutions in the regions of Southeast Asia and Middle East.

Moonstake started in the staking business last year with the aim to create the largest staking network in Asia. Since then, Moonstake has developed the most user-friendly wallets for both Web Wallet and Mobile Wallet (iOS / Android) that are compatible with over 2000 cryptocurrencies. After a full-scale operation launched in August 2020, Moonstake’s total staking assets have grown rapidly to reach USD 800 Million in staked assets in 6 months. Within a year of its founding, Moonstake became ranked in the top 10 of the world’s staking service providers and it continues to expand its business strongly.

Meanwhile, Orbs is a prominent hybrid network with a focus on converting businesses to blockchain. The company has partnered with industry leaders from both traditional and decentralized technology sectors, such as IBM and Consensys respectively, to bring blockchain to the field of telecommunications. ORBS, the native token that fuels all activities on the Orbs blockchain including smart contracts, transaction fees, and consensus-based storage is currently ranked #5 in the Top 10 trending crypto coins by CryptoCrunchApp.

Orbs’ vision is to build digital trust at scale by turning the trust-enabling technology of blockchain into a viable competitive strategy for businesses worldwide. By entering into a strategic partnership with Moonstake, the two companies can collaborate to  accelerate global awareness and adoption of blockchain and distributed ledger technologies in the field of finance together.

“We are very pleased to be a partner with Orbs, the biggest blockchain company in Israel. Moonstake provides easy access for staking globally. Together, we can accelerate global awareness and adoption of blockchain technology for both users and businesses.”

“Orbs is thrilled to be partnered with Moonstake, one of the top 10 staking providers in the world. Through this partnership, we will accelerate the adoption of decentralized technologies and services in the field of finance for the Southeast Asia and the Middle Eastern market.”

With a full-scale operation launched in August 2020, we expanded our business and as of now, our total staking assets exceeded over USD 800 Million.

blockchain network expands the offerings of public blockchains by supporting

supporting purely decentralized apps and being a prime platform for launching

decentralized finance applications. Founded in 2017, Orbs is being developed by a

dedicated team of more than 30 people out of its offices in Tel Aviv, Israel, London,