Moonstake Enters a Strategic Partnership with Stake Technologies to Enhance the Polkadot Ecosystem and Scale the DeFi Projects! 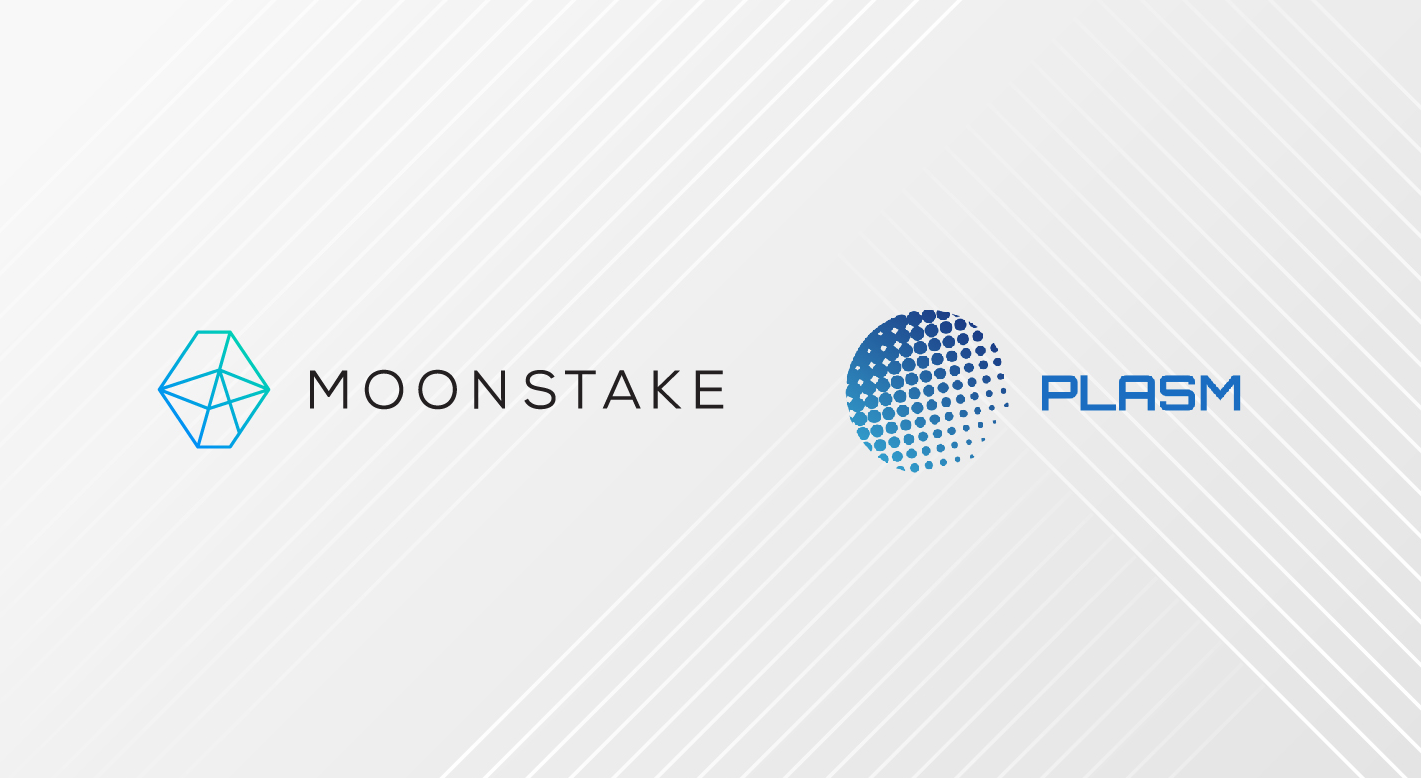 Moonstake has entered into a strategic partnership with Stake Technologies, which develops the Plasma Network, the world’s first successful connection to Polkadot’s testnet parachain.

Through this partnership, Moonstake and Stake Technologies  will work together to expand the Polkadot ecosystem. Also, both pirates will proactively discuss potential implementation of the staking of Plasm Network Token, PLM, onto Moonstake’s staking platform and possibility of  collaboration in the DeFi space.

Moonstake started in the staking business last year with the aim to create the largest staking network in Asia. Since then, Moonstake has developed the most user-friendly wallets for both Web Wallet and Mobile Wallet (iOS / Android) that are compatible with over 2000 cryptocurrencies. After a full-scale operation launched in August 2020, Moonstake’s total staking assets have grown rapidly to reach USD 200 Million in staked assets in 6 months. Within a year of its founding, Moonstake was ranked in the top 20 of the world’s 1,692 staking service providers and it continues to expand.

In January 2021, Moonstake added Polkadot’s staking service to further enhance the staking of one of the top 5 cryptocurrencies in market capitalisation after 8 other coins. Since Moonstake launched its support of staking Polkadot’s cryptocurrency (DOT), it successfully achieved a staking volume of 15,000 DOT during its test launch period. At the same time, to accelerate the spread of Polkadot in the blockchain industry through staking, Moonstake has also entered into a strategic partnership with RockX, one of Polkadot’s world’s leading node operators to support the ever-growing Polkadot ecosystem together.

Plasm Network is a public blockchain that can implement a Layer2 scalability solution that is scheduled to be connected to Polkadot, a blockchain that connects other blockchains. And it realizes “high speed processing of transactions” that could not be possible until now. There are growing expectations for the use of technologies in payment, IoT and games. In addition, since Polkadot (Relaychain) itself does not support smart contracts, Plasm Network, an Ethereum-compatible application platform with high processing performance will play an important role in the Polkadot ecosystem.

After the launch of Polkadot’s mainnet, Plasm Network has become the world’s first successful connection to Rococo V1, Polkadot testet on 13 Jan 2021. They have received grants 6 times from the Web3 Foundation (a global blockchain foundation founded by Dr. Gavin Wood, and flagship project of Polkadot).

Plasm Network has been selected by Parity Technologies, one of the world’s most prominent blockchain developers and a member of the initial Substrate Builders Program. It has collaborated with major leading players in the market such as Chainlink, a decentralized provider of Oracle and Zenlink, a cross-chain DEX protocol as well as academic institutions such as world famous UC Berkeley. This project has become one of the most high-profile in the blockchain industry.

“We are very pleased to partner with Stake Technologies and the Plasm Network and its development. The company’s development progress and industry presence over the past two years including the world’s first connection to Polkadot’s testnet is remarkable. We look forward to working with them on a product that will be used by users around the world in a variety of areas including DeFi as well as being highly compatible with Moonstake’s business with Polkadot.”

“Since our company was established, we have been involved in the open source development of Polkadot that we believe will be the foundation for the next generation Web 3.0. We also recognize that there are high expectations from the world for the Plasm Network since it was  launched in mid-2020. The network has been getting attention from around the world and establishing a presence in the ecosystem.

Staking is obviously the core function of PoS public blockchain like Polkadot and Plasm Network. We hope that our users use Moonstake to stake PLM tokens and we will do our best to provide them with our best services.”

With a full-scale operation launched in August 2020, we expanded our business and as of now, our total staking assets exceeded over USD 210 Million. 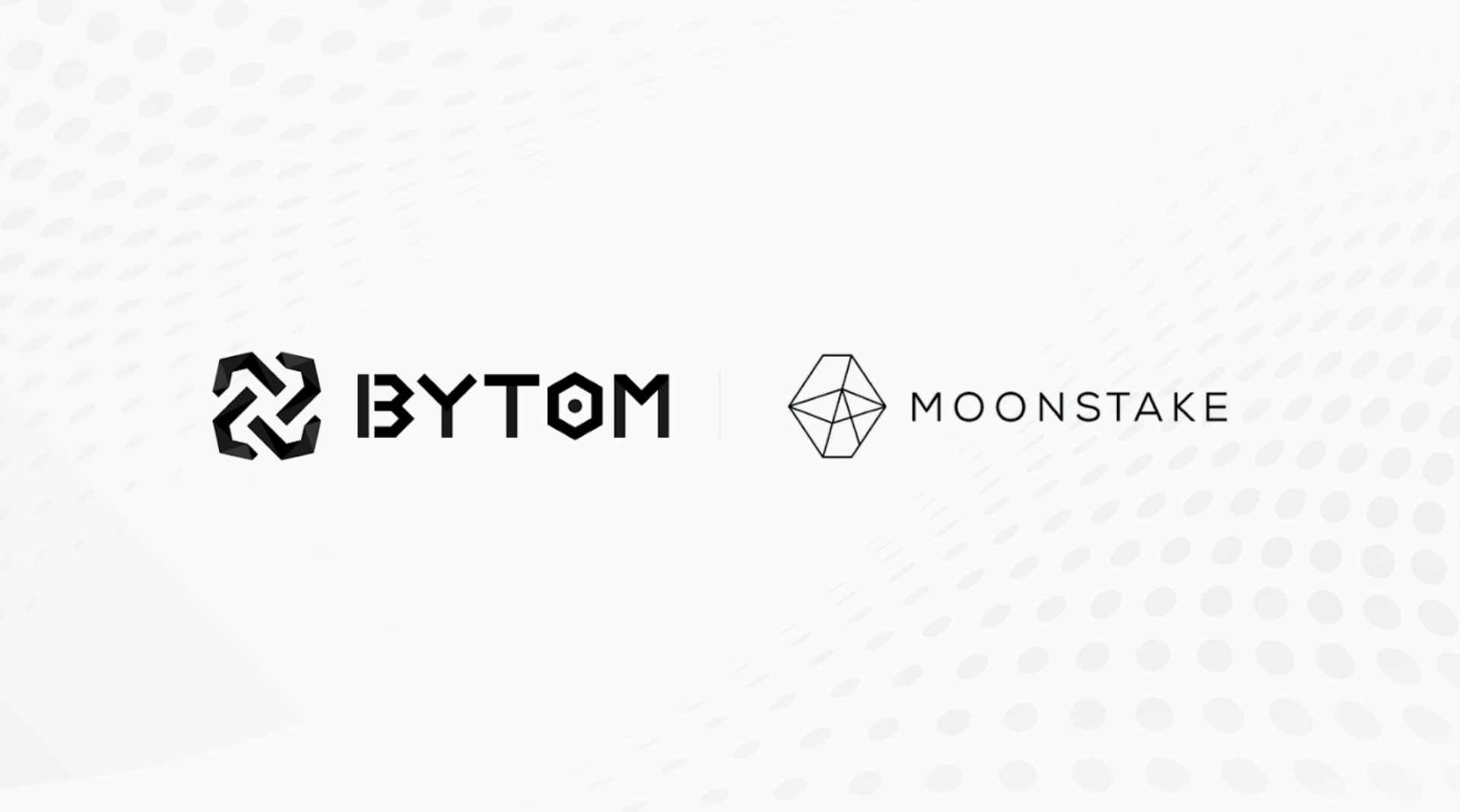 Bytom and Moonstake forms partnership for Bytom 2.0 and DeFi Collaboration