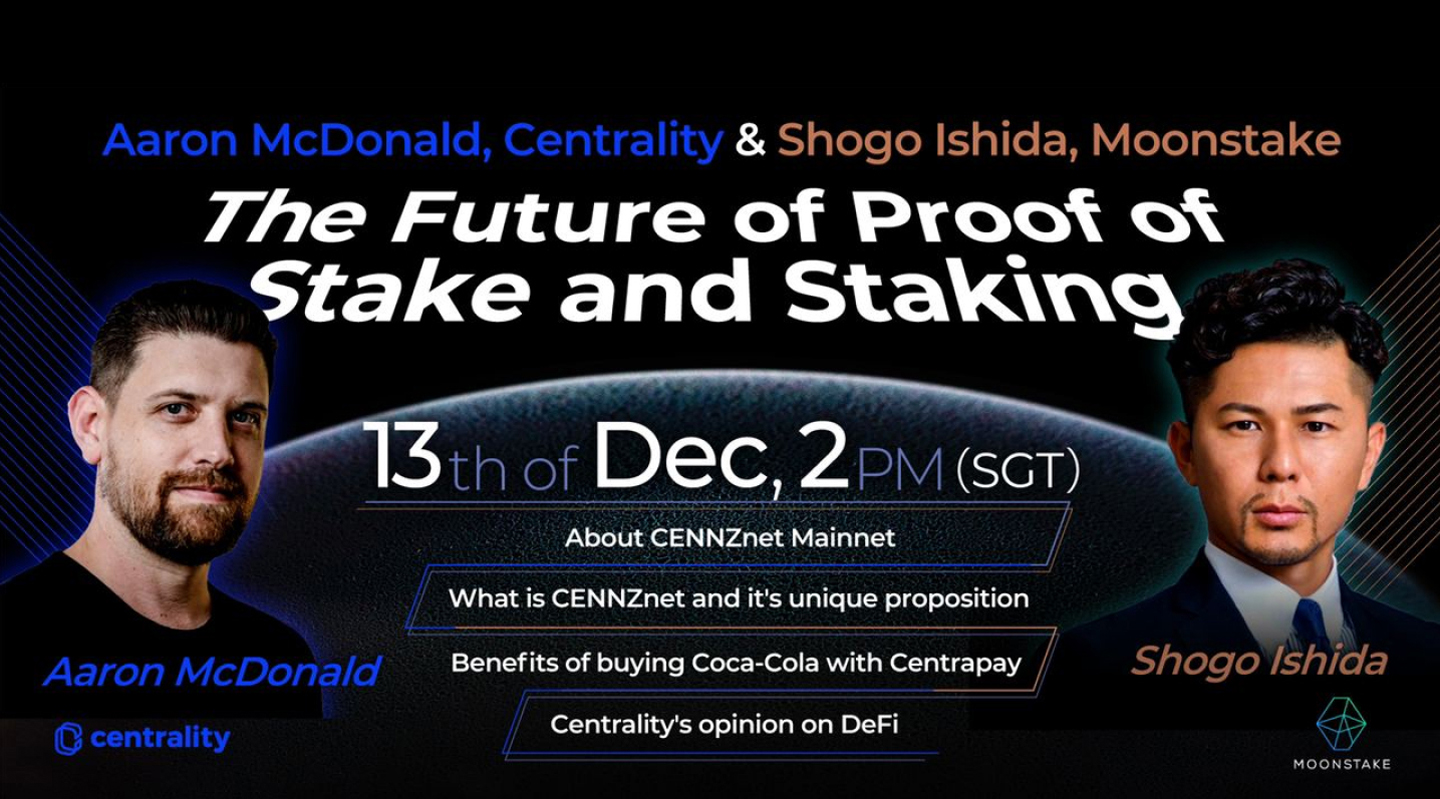 Centrality is the world's leading fintech venture platform based in New Zealand.

As a distributed application (DApps) platform, Centrality provides modules that emphasize openness and ease of use, and aim to form a high-value-added ecosystem by linking services connected within the platform.

Centrality has partnered with industries in various fields such as Amazon (AWS), Microsoft Partner, McDonald's China, and it is expected that cooperation with these companies will trigger many companies to adopt blockchain in the future. In August of this year, Centrapay, a venture company from Centrality, announced the technology offering to purchase Coca-Cola products at BTC using Sylo's smart wallet. 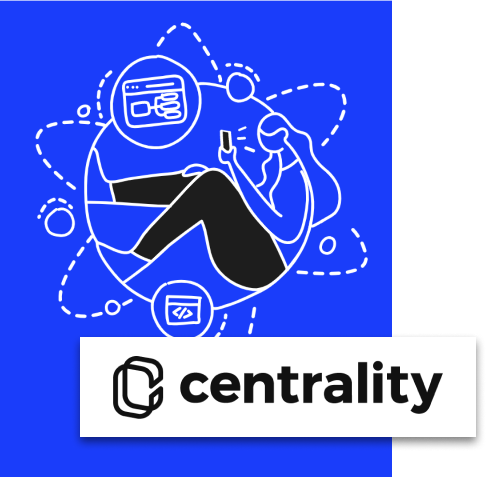 Moonstake and Centrality entered into a strategic partnership in August 2020. Centrality, the world's leading fintech venture platform based in New Zealand, is moving the project token, CENNZ, to PoS. Moonstake is actively developing for the implementation of CENNZ (Centrality's token) through Moonstake staking platform. At the same time, we will jointly research the possibilities of staking and DeFi in the future, and work on creating a mechanism that allows many users to access Defi. We are planning to actively announce the research progress via joint webinars. Please check our website and our channels to get informed about it.

CENNZ is supported by major wallets such as Metamask and MyEtherWallet. Moonstake's wallet is the first wallet in the world to support staking, and it is now possible to deposit, transfer and receive CENNZ and CPAY. In the future, we will support CENNZ staking.

Participation of Aaron
as an Advisor of Moonstake

Aaron is a 20 year tech industry veteran with leadership experience across a broad spectrum including managing portfolios over $1b in revenue. Most recently Aaron founded Centrality – a blockchain venture studio that partners with innovators in key industries to create a decentralised peer-to-peer marketplace of applications. In 2018 Aaron was awarded EY Entrepreneur of the Year for the technology and emerging industries category. In 2019 he was also named one of the top 50 technology leaders in IDG’s CIO50. Aaron and his team are involved with regulatory, industry and enterprise blockchain initiatives across the globe. Aaron regularly speaks on the international stage at events as a subject matter expert in the future of decentralised ecosystems.

Users can access over 2000 coins and tokens with the Moonstake wallet. It allows users to send, receive, stake and get staking reward through the wallet. Currently, Moonstake wallet supports 7 types of staking of Cosmos, IRISnet, Ontology, Harmony, Tezos, ADA, QTUM and CENNZ will be supported as soon as it goes up to the mainnet. Assets stay in the user's existing wallet, so no need to worry about their account being hacked from the platform and private keys & passphrases are encrypted and stored in the user's local device. We plan to continue increasing the number of coins that can be stakes as a next-generation of staking wallets.