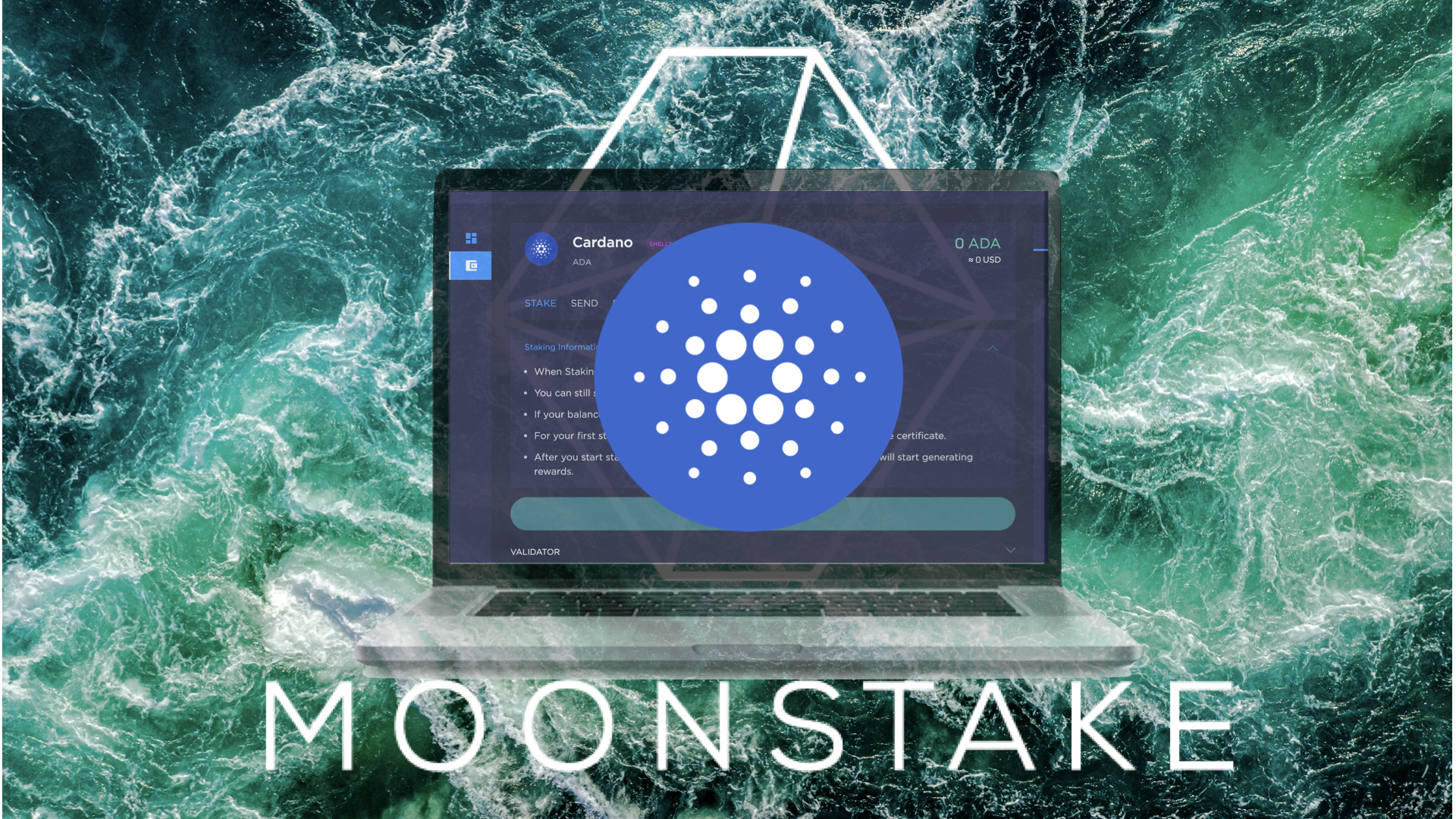 Recently, Cardano launched the long-awaited Shelley Mainnet. The launch of Shelley has now brought about opportunities for ADA users to stake their ADA and help Cardano transition from a centralized, federated system to a fully decentralized one with delegated staking features & rewards incentives. Shelley is the most significant upgrade to Cardano since its inception, bringing about a new system architecture and an entirely new set of user functionalities.

Moonstake Wallet is a universally advanced staking wallet that can store up to 2,000 cryptocurrency types and stake major coins. The Moonstake Wallet not only provides enterprise-grade security, but also a staking function to give users full control over their digital assets. Along with the launch of Shelley mainnet, Moonstake Wallet immediately started supporting ADA to receive, store and transfer ahead of major crypto wallets, and now ADA staking is onboard.

In this initial period of supporting ADA staking, only desktop browsers of Chrome, Edge, Firefox and Opera as well as browsers of Chrome and Firefox on Android allow users for staking. Users of Internet Explorer and Safari, and iOS mobile users are required to download available browsers on desktop for access.

The whole amount of ADA in your wallet will be staked although you can still send assets while you are staking. If your balance is less than 5 ADA, you will not be able to stake.

Moonstake aims to create the largest staking pool network in Asia, a robust environment for the cryptocurrency holders is one of its missions. Establishing a clear partnership roadmap with Moonstake represents another significant milestone for continuing to strengthen ties with leading platforms across Asia’s burgeoning Distributed Ledger Technology (DLT) ecosystem. Lately, partnership has been announced with  Ontology and NEO, Binarystar, Japan’s biggest blockchain hub, OIO Holdings Limited (SGX: OIO), a Singapore Catalist-Listed company and Quras, PundiX and Wanchain to create a more prosperous ecosystem together in asia. Industry’s reputed advisors, such as Lisk, Mr. Nizam Ismail, CEO of Ethikom Consultancy and Mr. Garlam Won, Head of Marketing at Harmony, support Moonstake’s innovative journey.