Moonstake Wallet To Start Staking Support as the World’s First Validator for Centrality! 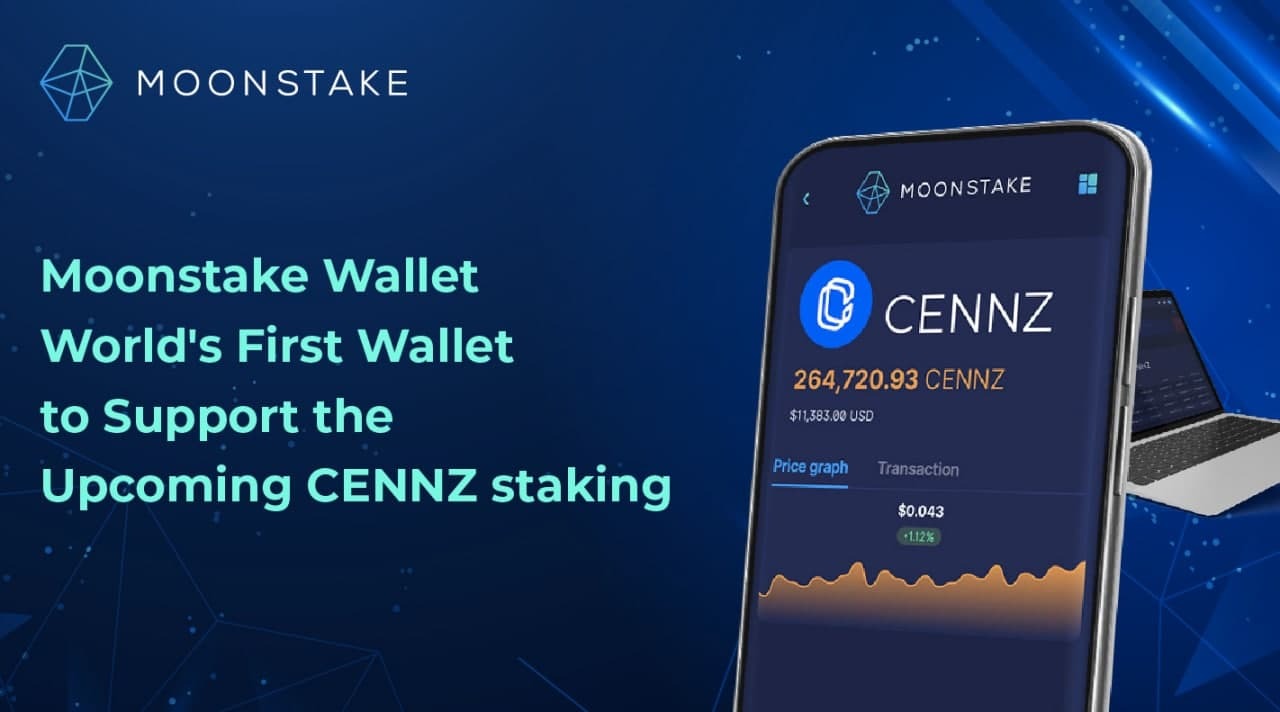 In anticipation of Centrality’s staking support, Moonstake has successfully launched the world’s first CENNZ validator. Moonstake will be the first wallet in the world to support CENNZ staking.

Moonstake successfully completed the API connection to CENNZnet and has been preparing for development for staking support. Moonstake’s wallet supports holding, sending and receiving CENNZ, Centrality’s native token and it will soon provide staking functions. Once staking support is available, Moonstake users will be able to stake through the Moonstake wallet and receive CPAY as staking rewards.

Moonstake started in the staking business last year with the aim to create the largest staking network in Asia. Since then, Moonstake has developed the most user-friendly wallets for both Web Wallet and Mobile Wallet (iOS / Android) that are compatible with over 2000 cryptocurrencies. After a full-scale operation launched in August 2020, Moonstake’s total staking assets have grown rapidly to reach USD 500 Million in staked assets in 6 months. So far, Moonstake has supported Cosmos, IRISnet, Ontology, Harmony, Tezos, Cardano, Qtum, Polkadot for staking and soon for Centrality.

Previously, Moonstake and Centrality entered into a strategic partnership in August last year. Aaron McDonald, CEO of Centrality has joined Moonstake as an advisor and both parties are actively developing for the implementation of CENNZ (Centrality’s token) through Moonstake staking platform. Through a joint webinar last year both parties have shared actively about the progress of the partnership and product development including announcement of the launch of CENNZ staking on Moonstake and to provide updates. Based on joint marketing and technical collaboration, Moonstake Wallet achieved another milestone as a world’s first wallet to support mainnets of CENNZ and CPAY and allow users with the ability to send, receive, and hold ERC-20 based CENNZ and CPAY tokens.

Centrality is the leading FinTech venture platform. It received a research grant from the New Zealand government and is working with the New Zealand government to build a decentralized system through the public-private integrated organization “Digital Identity NZ” together with NZ Tech and Singlesource. Centrality has partnered with world leading players  such as Amazon (AWS), Microsoft Partner, McDonald’s China, and it is expected that cooperation with these companies will trigger companies to adopt blockchain. In August of this year, Centrapay, a venture company from Centrality, announced the technology offering to purchase Coca-Cola products at BTC using Sylo’s smart wallet.

The CENNZnet token swap was successfully closed at the end of October and over the 8 week swapping period more than 831 million $CENNZ were sent to the transition contract. Upon this swap, users are allowed to move the old Ethereum-based (ERC20) tokens onto the native CENNZnet and uniting CENNZ and CPAY token holders onto CENNZnet. Once the full amount of CENNZ has been converted, the new CENNZnet native tokens will be automatically returned to your CENNZnet wallet.

With ERC20 tokens, users will not be able to get rewards for staking on CENNZnet. With the completion of this swap, CENNZ is now being used as a more user-friendly ecosystem of DApps and allowing us to move on to a new stage of growth. The newly minted CENNZnet CENNZ token marks a new era for the platform and with 2021 being the year of venture growth and more DApps building in the Centrality ecosystem.

Moonstake is looking forward to supporting the CENNZ community by providing the best staking service and accelerating the staking ecosystem to further enhance the staking of CENNZ as a first validator in the world.

With a full-scale operation launched in August 2020, we expanded our business and as of now, our total staking assets exceeded over USD 500 Million.