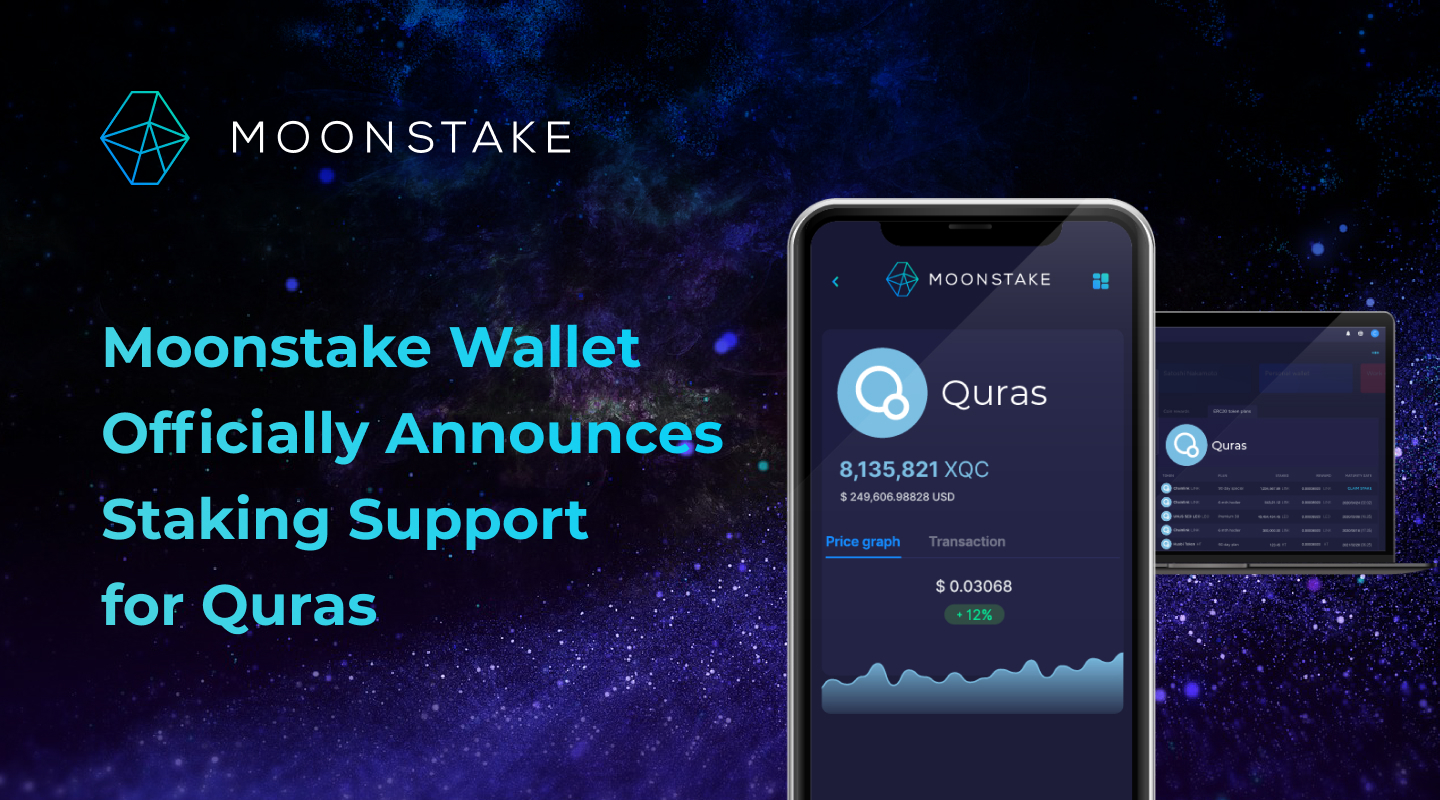 QURAS is a next generation blockchain that enables anonymous, privacy-protected transactions. After three years of conception and development, their mainnet was officially launched on 19th December 2020. It features the benefits of blockchain while ensuring a certain level of confidentiality by providing privacy technology.

There are two coins in QURAS: XQC and XQG, a gas token. Users can earn XQG approximately every 18 seconds by holding XQC. XQG is designed to decrease for every 2 million QURAS blockchain blocks generated, and more XQG is allocated to holders who support QURAS through their holding XQC from early phases.

So far, Moonstake has supported Cosmos, IRISnet, Ontology, Harmony, Tezos, Cardano, Qtum, and Polkadot for staking. All of these coins require staking steps in your wallet, but with XQC, you will be rewarded with XQG if you just hold QURAS in your Moonstake Wallet.

To receive XQG generated by holding XQC, please select XQC in the wallet and select “Claim GAS”. When you have finished receiving your XQG, your balance will be displayed in the XQG in your wallet.

“We are very honored that QURAS has been selected as one of the coins for staking by Moonstake that only accepts staking of outstanding projects. Since our core philosophy is staking for the “Common Good” rather than purely for profit, we hope to grow with Moonstake and boost the staking industry together while expanding the future of public blockchain.”

Moonstake is looking forward to further cooperation with QURAS to increase its market presence and further enhance the staking of popular cryptocurrency coins to provide users with more choices.

With a full-scale operation launched in August 2020, we expanded our business and as of now, our total staking assets exceeded over USD 180 Million.