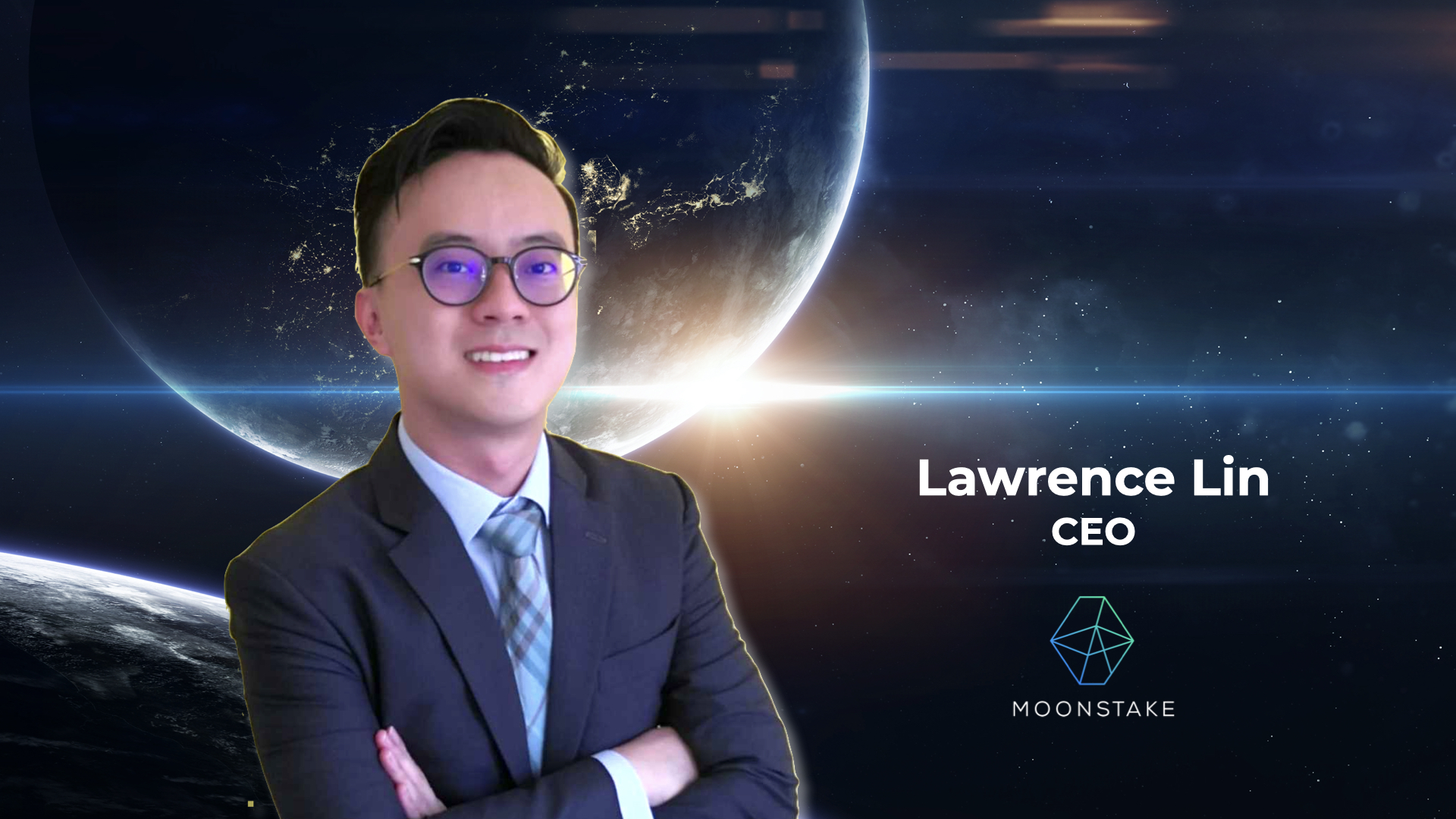 We are pleased to announce that we have strengthened our management with the appointment of Lawrence Lin as our new CEO, effective 1st of Oct 2020.

Lawrence is a digital marketing professional with a background in programming and has been in the tech industry for over 10 years. He was one of Huobi Global’s early employees and later became Head of Global Business in Singapore. After that, he became the COO and co-founder of Zipmex, a cryptocurrency exchange which has been expanded in Southeast Asia, and led the acquisition of licenses.

Prior to entering the blockchain industry, he had a proven track record of successfully IPOing e-commerce companies’ products and customers on ASX and implementing global digital initiatives on Standard Chartered. He has received various awards from marketing fields such as Marketing Excellence and Dragons of Asia.

In welcoming Lawrence to the Moonstake Skateboard, Mitsuru Tezuka, Moonstake founder, comments: “We have very bold aspirations here at Moonstake. Lawrence’s overall brief is one of growth, building on the strategy, mission, vision and values for business and users that will make Moonstake to create the largest staking pool network in Asia. He will be joining a highly ambitious team of individuals, and I’ve no doubt that his previous experience of, and leadership in, continuous improvement and transformation make him an incredible asset to our company.”

Regarding his new role as CEO, Lawrence said:  ”I am honoured and privileged to be appointed as CEO of Moonstake. Moonstake is expected to support the development and decentralization efforts of blockchain technology. Asia is always an important market for the blockchain industry and I would like to contribute to Moonstake’s goal of creating Asia’s largest staking pool network. At Moonstake, staking is one of the blockchain’s signature features in the long run. That’s why we want to work with industry leaders to strengthen our presence in different regions, while Moonstake provides better service to both coin holders and businesses. We are confident that we will become a global company through partnerships with players around the world. “