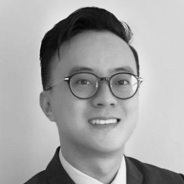 Lawrence is a digital marketing professional with a background in programming and has been in the tech industry for over 10 years. He was one of Huobi Global’s early employees and later became Head of Global Business in Singapore. After that, he became the COO and co-founder of Zipmex, a cryptocurrency exchange which has been expanded in Southeast Asia, and led the acquisition of licenses.

Prior to entering the blockchain industry, he had a proven track record of successfully IPOing e-commerce companies’ products and customers on ASX and implementing global digital initiatives on Standard Chartered. He has received various awards from marketing fields such as Marketing Excellence and Dragons of Asia.